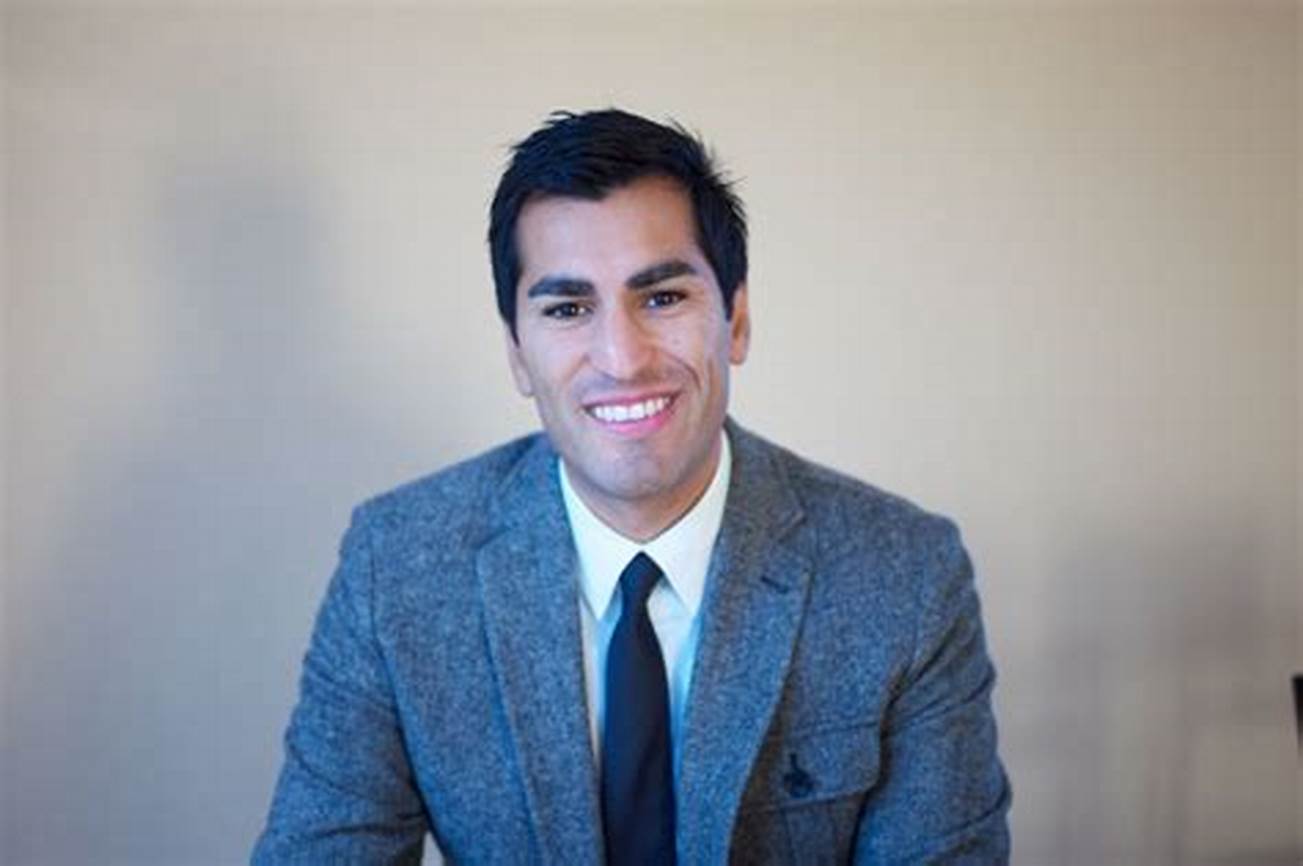 Supervisor Robert Rivas lives in Hollister with his wife, Christen, and their one-year-old daughter, Melina. He has served on the San Benito County Board of Supervisors since 2010, and most recently served a term as Chairman.

Robert has deep roots in San Benito County. He was born and raised in Paicines, California, where his grandfather was a farmworker at Almaden Vineyards. Robert and his brother Rick grew up in farmworker housing, cared for by their single mother and beloved grandparents, who immigrated from Mexico to San Benito County in the early 1960s.

Robert’s grandfather taught him the importance of service on behalf of the community. Through him, Robert learned that you could fight fiercely for your beliefs, while respecting those with whom you disagreed. Still, it seemed unlikely that Robert would become a community leader, at least not if doing so required public speaking. For much of his childhood he struggled to overcome a severe stutter that rendered him almost speechless. His mother spent all of her savings on speech therapy, and it was only after years of work that Robert was able to overcome the disability.

Robert’s childhood experiences – growing up in a farmworker community, struggling to overcome a disability – gave him a direct understanding of the challenges faced by many in our community as they struggle to build better lives for themselves and their families.

Robert attended local public schools, first in San Juan Bautista and then, after the vineyard closed and his family moved, in Hollister. Inspired by his grandfather, Robert decided to pursue a career in public service. He graduated with a Bachelor’s in Government from CSU-Sacramento in 2003, and later earned a Master’s in Public Administration from San Jose State University. He moved quickly to put his ideals into practice. From 2003-2006, he served as a Field Director in Assemblymember Anna Caballero’s district office. These positions allowed Rob to spend time in his community, getting to know the concerns of his neighbors and assisting Assemblymembers Salinas and Caballero as they advocated for their constituents in Sacramento. During this time, Robert also served as an EMT and paid call firefighter for the City of Hollister.

From 2008 to 2010, Robert worked as a Senior Clerk to the Monterey County Board of Supervisors, where he saw the impact that Supervisors can have in shaping the future of their county. He began to think seriously about running for office himself. In 2010, inspired by his grandfather’s legacy and encouraged by community members who had gotten to know him during his years of work in local government, Robert declared his candidacy for San Benito County Supervisor.

Robert recognized that there was a need for fresh leadership on the Board. Still, the odds were long. His opponent was an eight-year incumbent who had never lost a race. As a first-time candidate, Robert earned few endorsements from established organizations. But he was determined to introduce himself to voters across the county, and he launched an aggressive door-to-door campaign. He spoke about the need for affordable housing, more jobs, and an urgent investment in crumbling local infrastructure. Voters responded to his energy and passion, and he won with over 70% of the vote.

During his service on the Board of Supervisors, Robert has fought to create more affordable housing and worked with the business community to bring jobs to San Benito County. He has led efforts to repair local roads and reduce traffic congestion, and to build a flagship county library and a new county courthouse. He led contract negotiations with local firefighters to reduce costs and expand access for rural residents. He’s stood up for transparency on the board. And he’s become known for his fierce advocacy on behalf of the environment.

While serving as Supervisor, Robert has stayed active in the community. He is a professor at Gavilan College, where he teaches a political science course. He’s served as an employment specialist and job training coordinator at San Benito High School, helping students prepare for their first jobs. Perhaps most importantly, he and his wife Christen are excited new parents to their one-year-old daughter, Melina.

Vote for Robert! To support his campaign, please contribute and get involved.