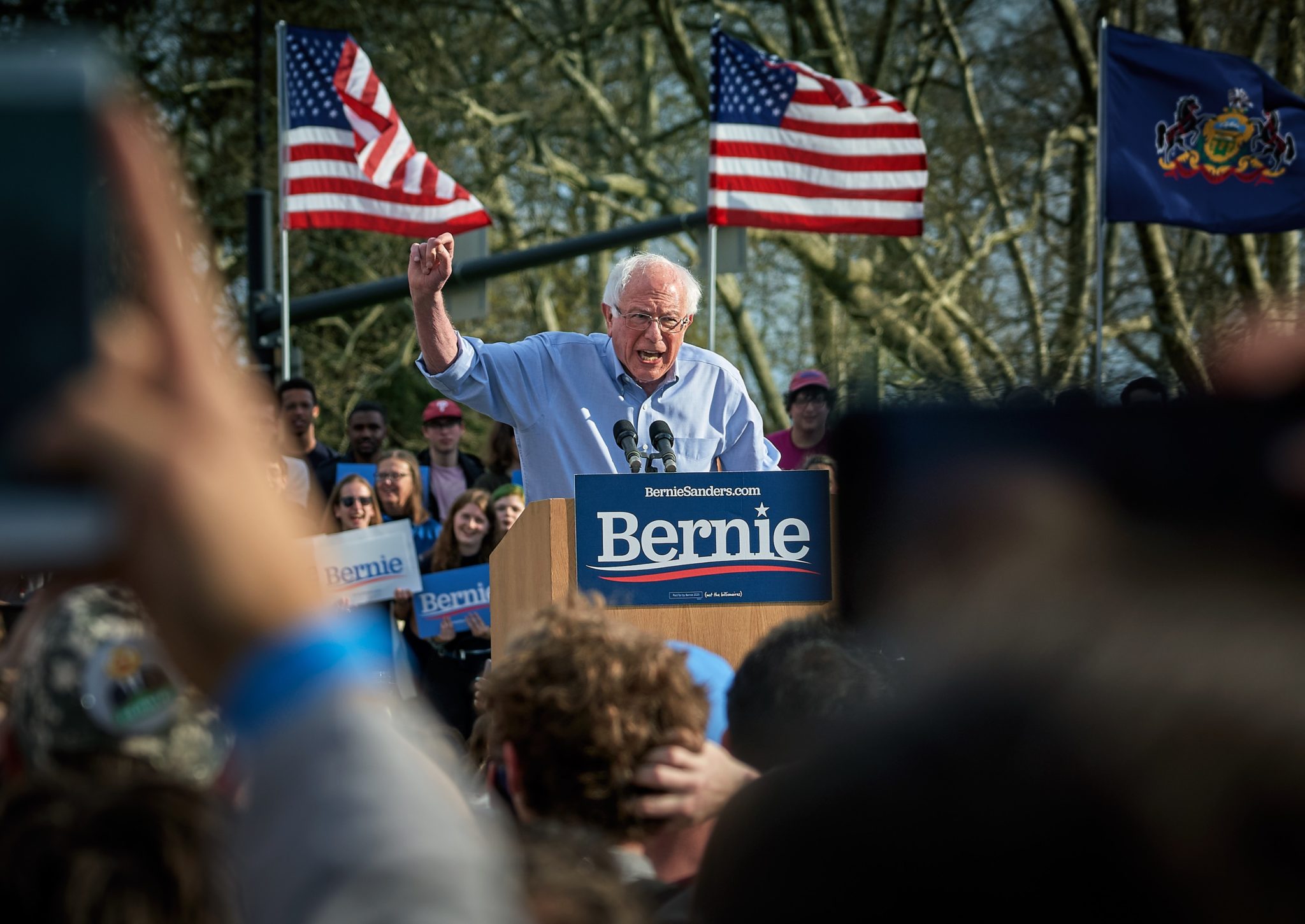 The majority of people still equate the words “Green New Deal” with a plan to replace fossil fuels with renewable energy technologies. Very few people who hear or read those words think “food and farming.”

But the Green New Deal plan laid out by Senator and presidential candidate Bernie Sanders is much more than a renewable energy transition plan—it’s also a plan to end industrial chemical farming.

Whether you’re a consumer fed up with pesticide-laden foods and GMOs, an environmentalist outraged by industrial farming’s widespread pollution of U.S. waterways, an animal rights activist waging war against factory farms or a climate activist, Sanders’ Green New Deal addresses your concerns—boldly, and in concrete terms.

Ever since the Green New Deal Resolution was introduced in Congress in February, supported by more than100 members of Congress, millions of us have been waiting for a concrete plan of action. Contrary to the standard “go slow/small change” establishment message perpetuated by the mass media, a Yale University poll in April found that an overwhelming 93 percent of Democratic voters (and even a minority of Republicans) support an aggressive plan like the Green New Deal Resolution, introduced nearly a year ago, on February 7, 2019, by Rep. Alexandria Ocasio-Cortez (D-N.Y.) and Sen. Ed Markey (D-Mass.)

As a resolution, the Green New Deal outlines a set of goals and challenges Congress to develop policies to achieve those goals.On August 22, 2019, Sanders answered that challenge with his comprehensive 67-page, $16.3-trillion package of policies and government-funded programs, as well as realistic projections on how these new programs will actually pay for themselves over the next 15 years.

Under Sanders’ plan, the Green New Deal will pay for itself over time by creating massive new revenue streams through increasing employment and income tax revenue ($2.3 trillion) and through selling trillions of kilowatt hours of renewable solar and wind energy every year from new, expanded Federal Power Marketing Administrations ($6.4 trillion), patterned after our current federal hydropower program.

Sanders’ plan also calls for “making the fossil fuel industry pay for their pollution, through litigation, fees and taxes, and eliminating federal fossil fuel subsidies… [reducing the] need for federal and state safety-net spending due to the creation of millions of good-paying, unionized jobs… [and] making the wealthy and large corporations pay their fair share.”

Sanders’ multi-trillion-dollar Green New Deal lays out a 10-year strategy to transform the U.S. energy and utilities sector, transitioning from our current levels of 17 percent renewables to 100 percent renewable energy between 2030-2050; creating 20 million well-paid green jobs; forging new foreign relations and cutting back military spending as part of a global cooperation with Russia, China, India, the EU and other nations.

Sanders also calls for implementing a trillion-dollar program of organic and regenerative (carbon-sequestering) food, farming and land use practices.

Sanders’ manifesto far exceeds what any of the other leading presidential candidates have so far dared to propose. Because Sanders’ Green New Deal is essentially a radical plan designed to address a radical societal and global emergency, it has, of course, already generated terabytes of criticism and ridicule from proponents of fossil fuels and “middle of the road, don’t go too fast” politicians and corporations.

Of course as Sanders constantly reminds us, we’ll never be able to implement a system-changing GND without a grassroots-powered ballot-box “political revolution,” starting with the 2020 election cycle and beyond, whereby we elect a pro-GND president and inspire, co-opt or cajole a majority in both the House and the Senate to get behind a GND.

Earlier this year, David Roberts, writing for Vox magazine pointed out the political realities of implementing a Green New Deal:

Here’s the only way any of this works: You develop a vision of politics that puts ordinary people at the center and gives them a tangible stake in the country’s future, a share in its enormous wealth and a role to play in its greater purpose. Then organize people around that vision and demand it from elected representatives. If elected representatives don’t push for it, make sure they get primaried or defeated. If you want bipartisanship, get it because politicians in purple districts and states are scared to cross you, not because you led them to the sweet light of reason.

I could write a whole book on this topic, and in fact I have, “Grassroots Rising,” just published by Chelsea Green Publishing.

But for now, let’s look at one of the aspects of Sanders’ plan that makes it different—and revolutionary—compared with plans outlined so far by other candidates: his $841-billion plan to transform our climate-destructive, corporate/monopoly-controlled, factory-farm food and farming system into an equitable family farm-based, regenerative system of farming and ranching.

“In rural America we are seeing giant agribusiness conglomerates extract as much wealth out of small communities as they possibly can while family farmers are going bankrupt and in many ways are being treated like modern day indentured servants.”

Sanders’ Green New Deal will provide the funding and resources to revitalize rural America—while at the same time, drawing down billions of tons of excess CO2 and storing it in our soils and pastures, while simultaneously improving food quality, public health, rural livelihoods and quality of life.

Among the unprecedented food, farming and land use components of Sanders’ Green New Deal are:

• $410 billion for farmers and ranchers, including first-time, indigenous, minority and disadvantaged farmers, to avoid or make the transition from chemical, energy-intensive, factory farm methods to “ecologically regenerative,” climate-friendly practices

• $1.4 billion in new research and development

• $1.4 billion for renewable energy on farms

• $36 billion to establish a “victory lawns and gardens initiative” to help urban, rural and suburban Americans “transform their lawns into food-producing or reforested spaces that sequester carbon and save water”

• $14 billion to increase the number of co-op grocery stores

• $500 million to help farmers get certified as organic, as well as funds to incentivize schools to procure locally produced foods.

Beyond financial subsidies and grants, the Sanders Green New Deal promises to:

• Use government resources and legal power to enforce anti-trust laws

• Re-establish and strengthen the Grain Inspection, Packers and Stockyards Administration

• Ensure farmers have the right to repair their own equipment

• Invest in historically underserved communities to grow the number of farmers of color.

Sanders’ Green New Deal doesn’t shy away from the fact that we must fight the power of the fossil fuel corporations, the military-industrial complex, and the economic elite that maintain our degenerate and climate-destructive business as usual. As he says in his introduction:

The hour is late, but we still have time to turn things around. Our job in 2020 and beyond is to reach out and educate our fellow Americans about the Green New Deal and the political revolution that must take place, beginning now. Don’t mourn, organize. And please sign our Green Consumers for a Regenerative Green New Deal petition.

Ronnie Cummins is president of the board of Citizens Regeneration Lobby (CRL). To keep up with CRL news and endorsements, sign up for the CRL newsletter.